What is Freediving Spearfishing?
back 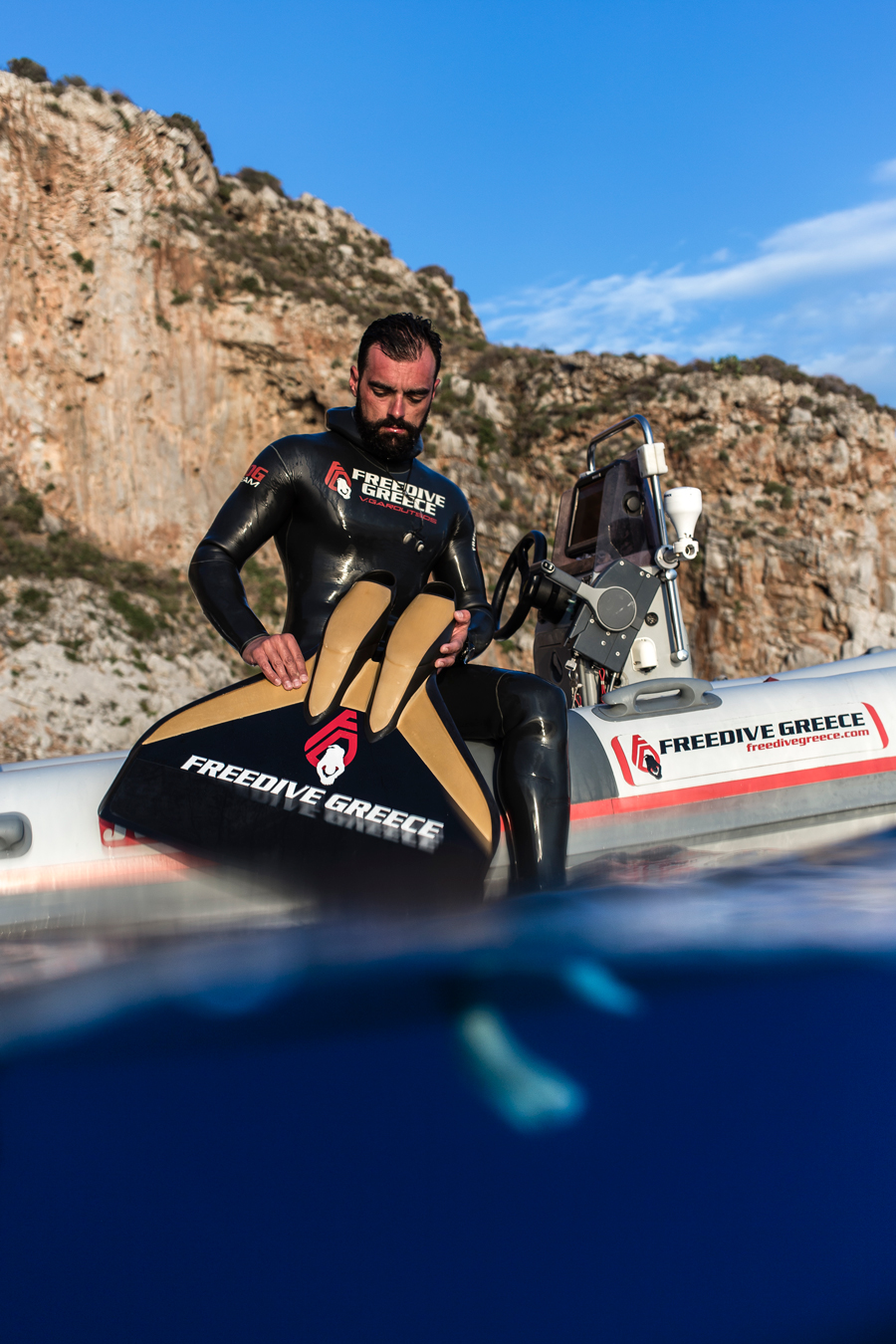 My name is Vassilis Garoutsos, I live in Greece and I teach freediving and spearfishing.

Freediving is a key element of the spearfishing experience for many enthusiasts. A lot of people love apnea underwater activities because they realize that there are things that they originally thought were impossible that they can actually accomplish. A lot of people get a boost of confidence when they freedive or spearfish. The whole experience changes their self-perception!

I spearfish without SCUBA gear. I use meditation techniques instead, consciously slowing my metabolism in order to extend the period I can stay submerged with a single breath.

When I’m on a breath hold, it’s brief, but it’s so special that I want to go back and get more of that feeling. It feels like it’s almost…timeless. It feels like my sensation and perception almost go beyond my body as an individual. I feel the whole environment and I am part of it, like everything is absolutely connected down there. 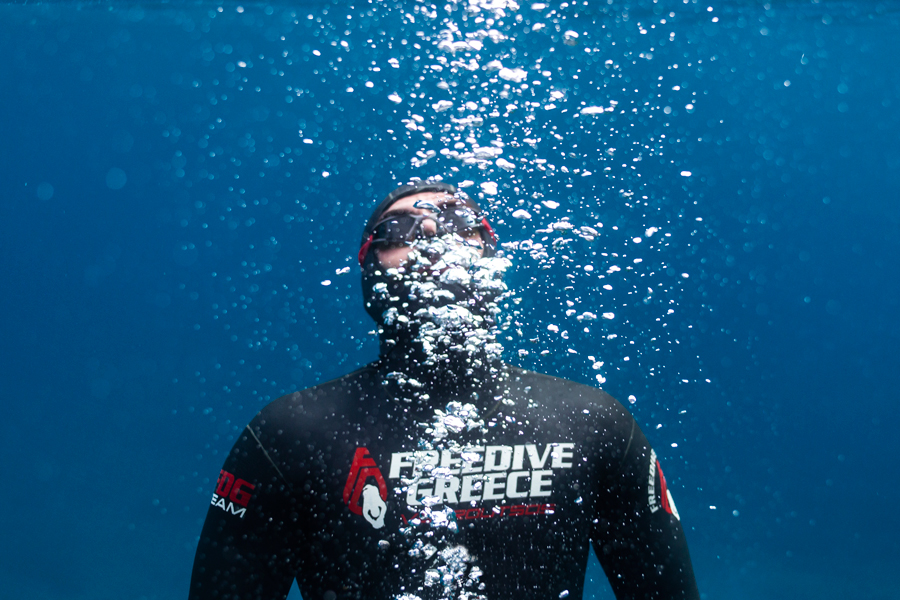 For me spearfishing is a traditional Greek cultural fishing practice. Spearfishing is something that my ancestors did. Since the ancient Greeks lived close to the Mediterranean Sea, they had learned early in their history to fish from land and from boats, activities depicted on wall paintings on the islands of Thera (modern-day Santorini) and Minoan Crete. Fish and shellfish provided a significant part of their diet. Greeks have always fished with spears, on the shore and underwater, using fire to lure fish and foraging by hand in the sea. Homer makes several references to the methods of fishing in ancient Greece, nets, lines, and harpoons all being clearly mentioned. 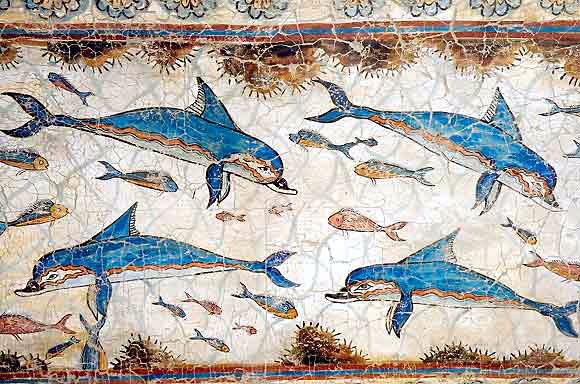 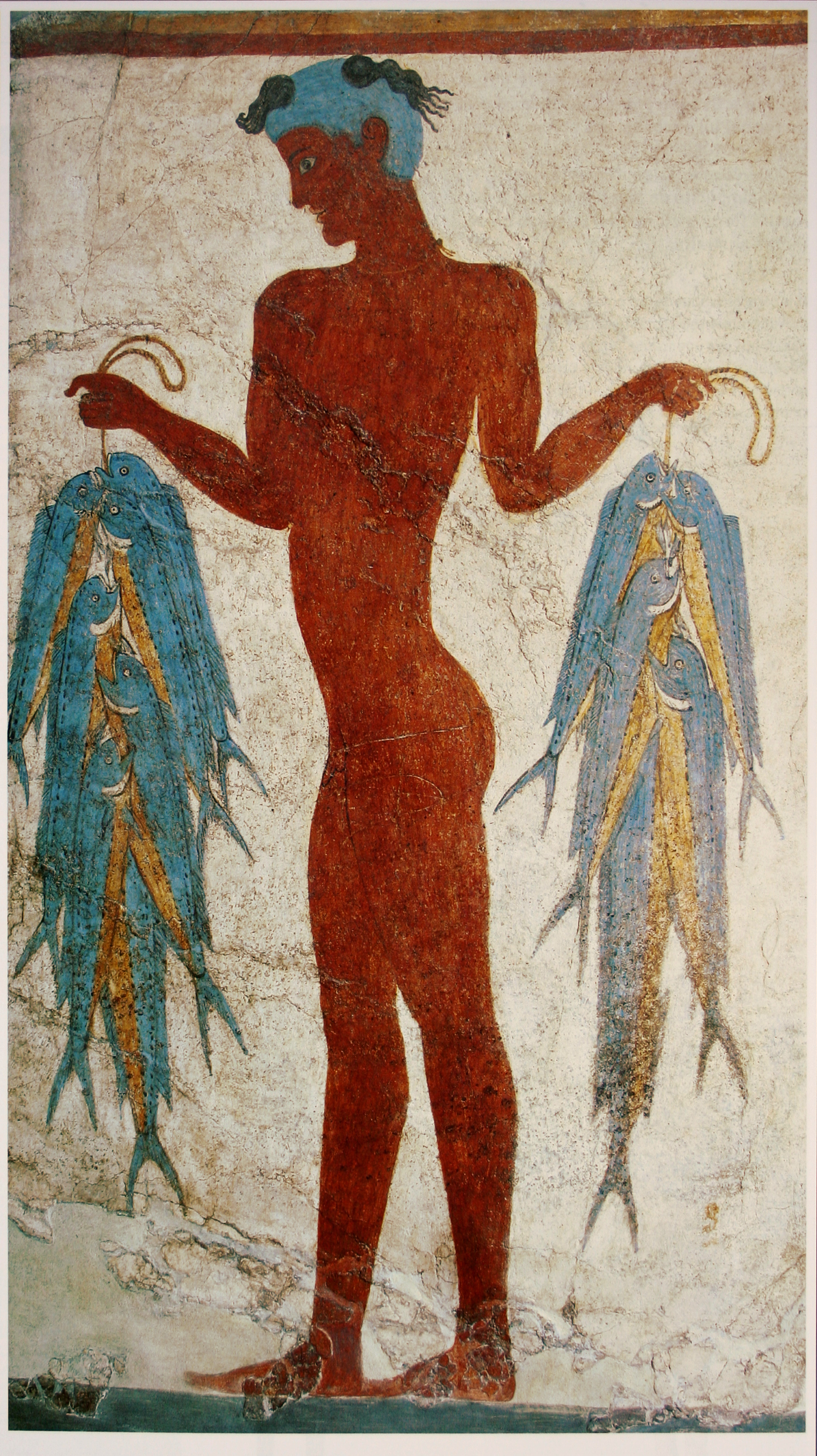 Although much of what Greeks know today about their early Homo profundus ancestors was passed down through oral tradition, there are references in ancient texts proving that in the Golden Age of Pericles in Athens (480–404 BC), Greeks were gourmands and particularly fond of large fresh fish.

The Greek historian Polybius (202 BC – 120 BC), in his Histories, describes hunting for swordfish by using a harpoon with a barbed and detachable head. Greek author Oppian of Corycus wrote a major treatise on sea fishing, the Halieutika, composed between 177 and 180. This is the earliest such work to have survived intact. Oppian describes various means of fishing including the use of spears and tridents.

In the traditional ancient Greek view, the sea and the land were spiritual realms, and all inhabitants – plants, animals, and humans – were spiritual creatures, each connected. Even for lay followers of Pythagoras, the soul of a human being was supposed to be able to enter fish. Early Greek Homo profundus composed poems and stories about the sea and made offerings of certain fish species to ancestors. The custom of sacrificing fish to the gods in order to ensure good luck was practiced too. 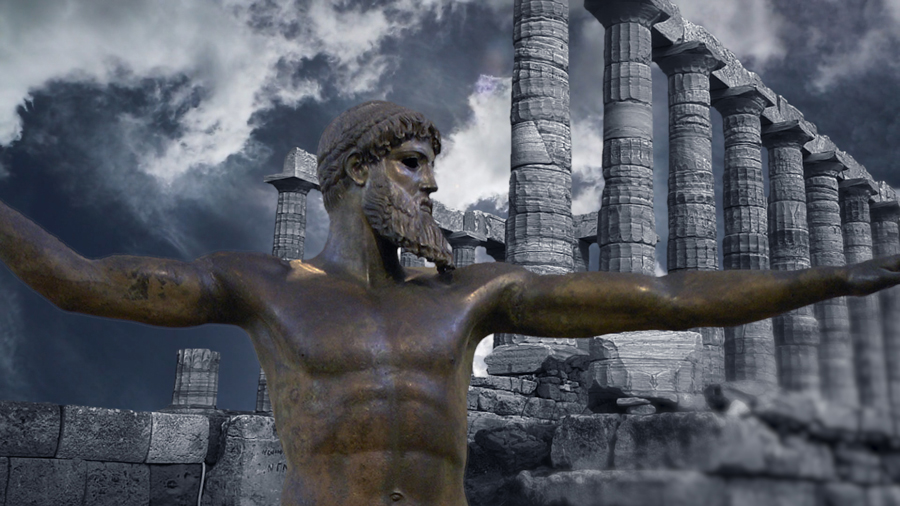 There’s something about freediving spearfishing that gives it this kind of primordial sense of hunting. For me, spearfishing is about joining the circle of life and participating in the ecosystem, eating a fish that I caught myself. Among the waves, out there hunting for fish, I find a sense of fulfillment that can be described as spiritual. There’s something about going deeper beneath the surface of the sea and hunting in an environment where humans don’t naturally have a survival advantage that affords spearfishers an unexpected perspective of particular importance on their existence in this world. 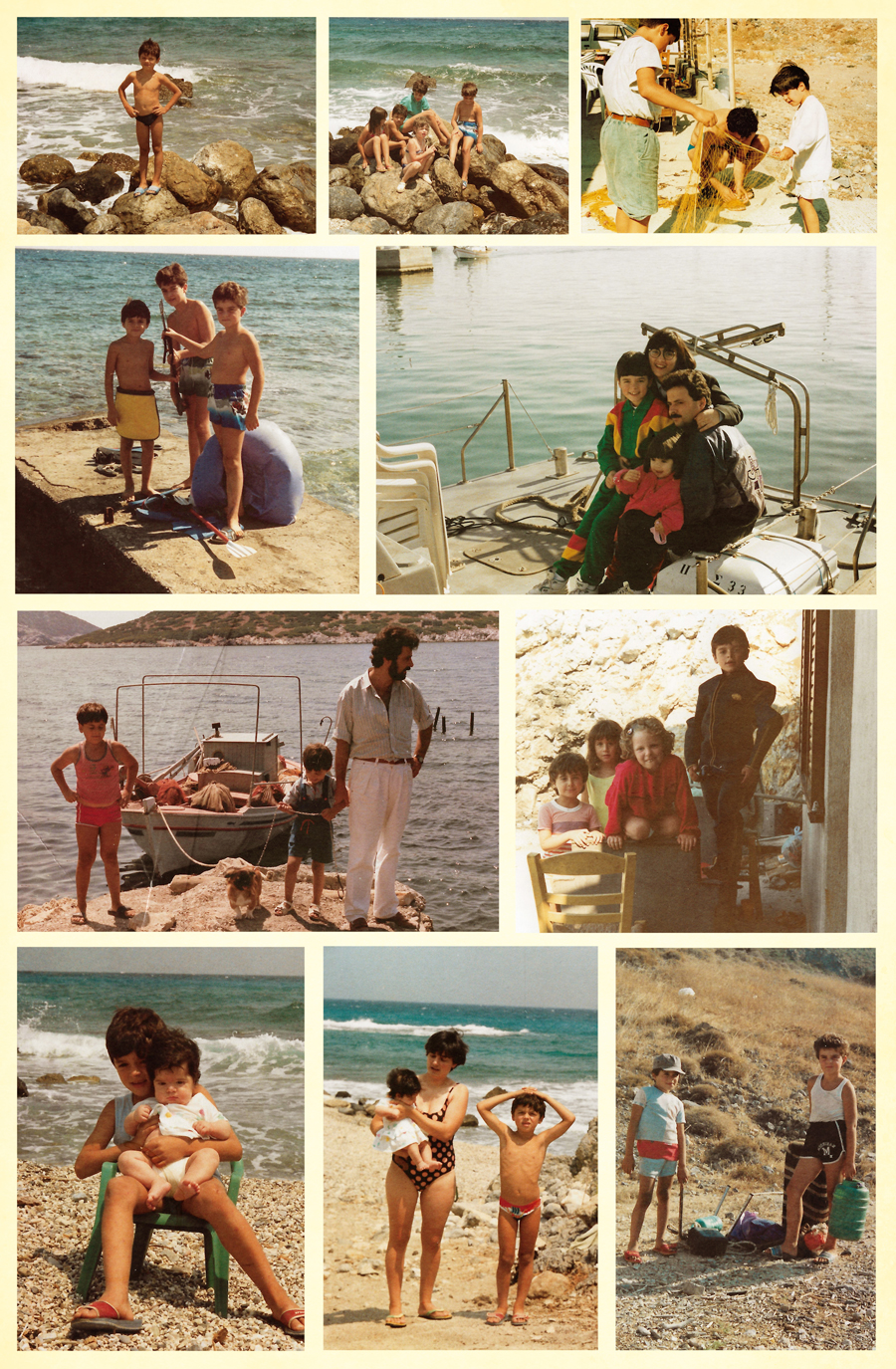 Spearfishing, is the sport of underwater hunting that became popular in the early 1930s and after World War II spread rapidly throughout the world. In 1988, when I was five years old, my father taught me how to hunt octopus with a speargun. When I’m in the sea, I become aware of my surroundings, and I recall the things I was taught, from my grandfather and my uncle. I know that their legacy is very important for the future of our fishing culture that’s why the things I learned from them I teach to freedivers and spearos, with the hope that they will teach it to their children.

Spearfishing is the most sustainable fishing method for many reasons. One of the biggest is that it has the most selective catch, by species, size, and quantity. It also has the least problems for the environment, no by-catch, it doesn’t need any bait, almost no gear loss, virtually no non-targeted species impact, and no harm to the surrounding underwater environment. Spearos hunt in relatively shallow waters – most of them in less than 30m. When using the right gear and taking only high percentage shots, there is a low non-retrieval rate. By following all fishing regulations and laws, and shooting only fish that are good to eat, and always eating your catch. 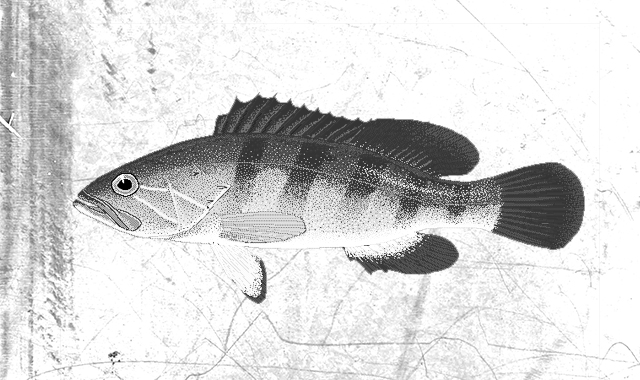 White Grouper is one of my favorite fish to hunt " eat. 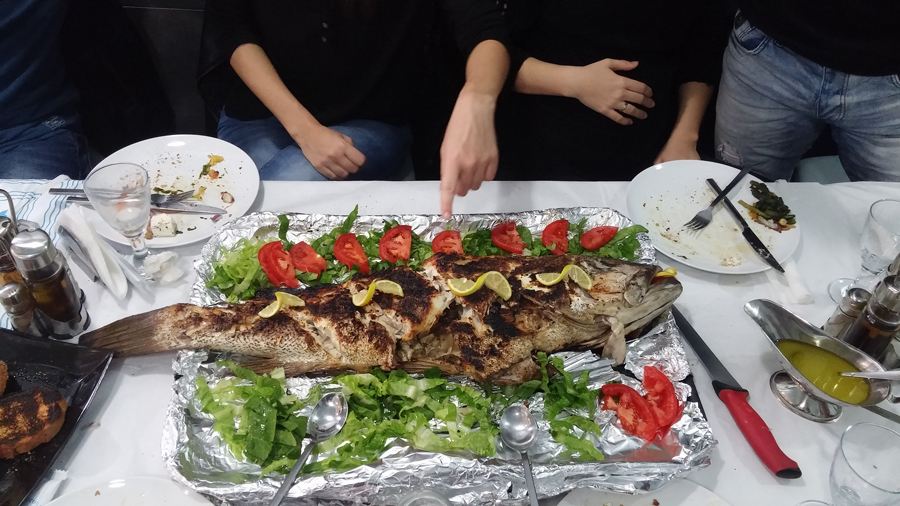 Τhis meaty fish is considered to be one of the most delicious in Greek cuisine. White Grouper, or ‘Sfee–RI–dah’ should be grilled and drizzled with lemon and olive oil and paired with dry white wine. Though, you may also enjoy it boiled in a fish soup.

Hailing from Mediterranean waters and the east Atlantic Ocean, this fish is not as vulnerable as the Dusky Grouper and so can be consumed with a clean conscience (provided, that is, that it meets the minimum legal requirement of being above 45 cm in length). 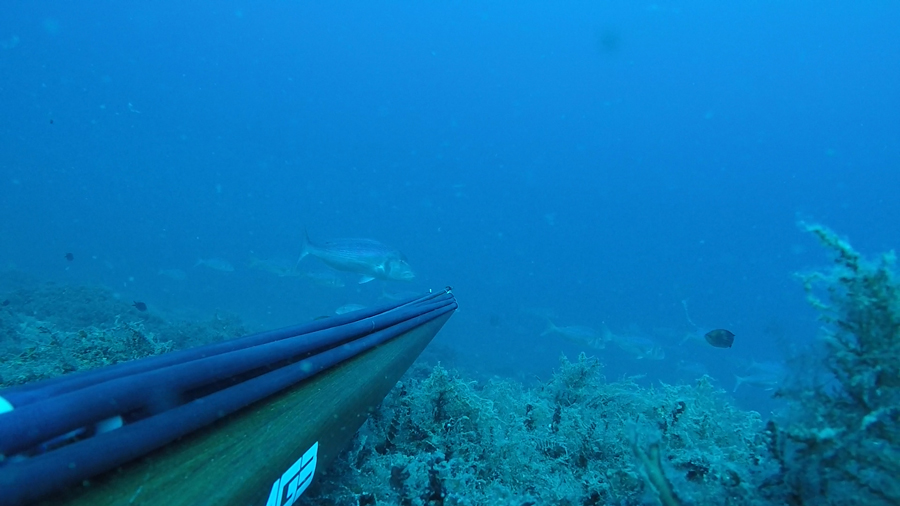 I am getting ready.
I take a deep breath and dive.
It doesn’t take much time to adjust to the underwater, my brain works fast reprioritizing my senses. My breath resonates like Bane’s voice in my snorkel, but honestly, that doesn’t bother me at all. Ripples of refracted light travel in progressive patterns of white and yellow below the surface, amplifying my sense of the water’s movement.

On the descent I survey the Mediterranean floor through my low-volume mask. The type of seabed that increases the chances of finding the white grouper is characterized by the rocky substrate emerging through the sand as an integral part of the bottom rather than individual boulders.

The shape of these rocks is either elongated or round with dimensions ranging from a few square meters to reef level. Their texture is soft, covered by sparse green algae, while a thin layer of mire sand covers the stone pores.

The White Grouper is characterized as a “hole fish” but also as an “open water fish”. Their capture requires technical precision based on improvisation, real-time data collection resulting from observation, and analysis of the fish’s behavior. 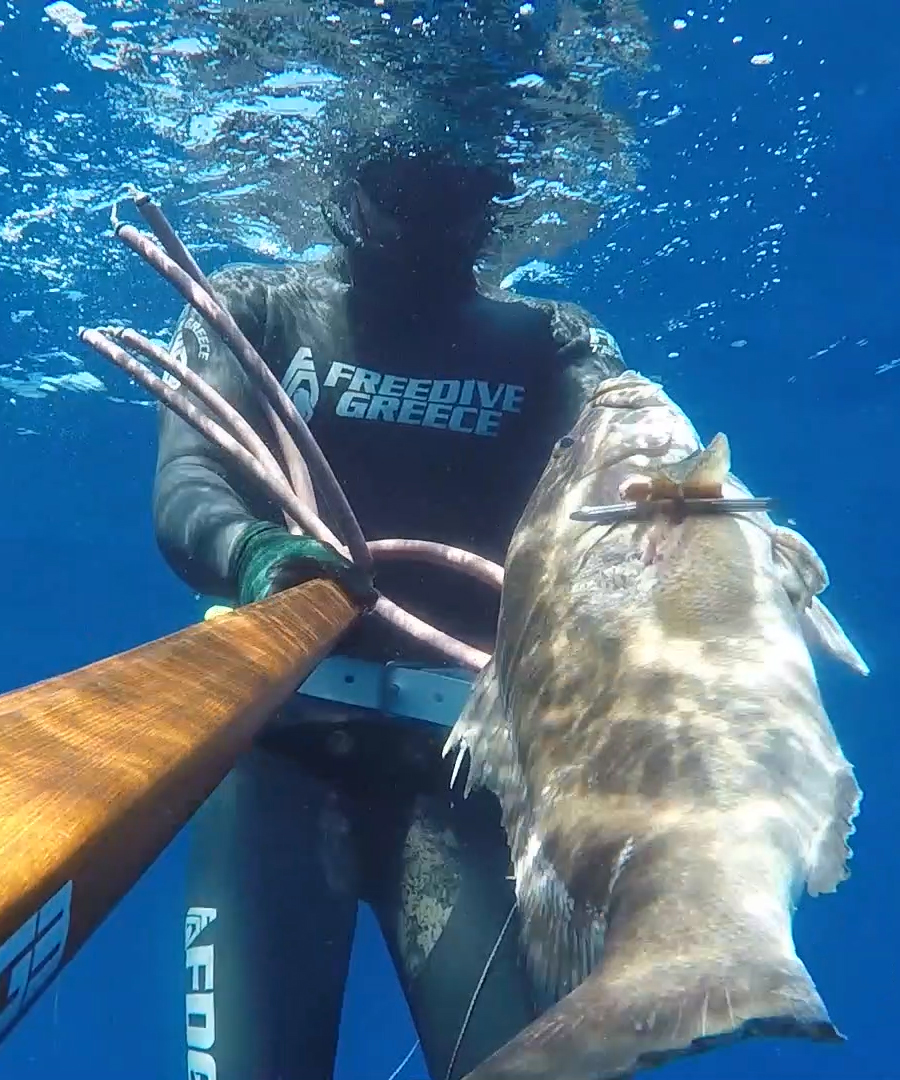 For me spirituality through spearfishing can happen whether you’re religious or not, and it doesn’t hinge on a dead fish. It certainly has nothing to do with the badass image often depicted in photos on social media accounts and ads for spearguns and camouflage-print wetsuits. Spearfishing – or perhaps for some, just the precondition of freediving – involves entering a foreign environment, one in which the natural laws favor those who are slow, calm, and above all, humble. That change lends clarity to some people, as well as a new perspective on life.

Even a day of spearfishing without catch is a good day, because we spend time outside with our friends, getting exercise in the beautiful sea. Still, perhaps we should follow the advice of the tradition: never speak aloud about spearfishing or the spirits will hear us and warn the fish to stay away. We just say ‘pame voutia’, which means, we’re just gonna go diving. Having in mind that cautious divers venture out only with a partner for safety, sometimes we’ll wish, ‘kali voutia’, which means, “dive safe everyone”.